This report summarises the results of a series of ‘think tank’ discussions on the future of the European chemical supply chain with senior executives.  The initiative was prompted by growing concern about competitive threats to the European chemical industry.  The intensification of competition in the global chemical market was forcing European producers to find new ways of improving efficiency and service quality. As the scope for further efficiency gains in the production process was limited, the supply chain was likely to become the main source of future cost savings.

A series of measures were proposed which collectively could transform European chemical supply chains. They would not only offset the upward cost pressures, but also enable companies to offer a superior distribution service more cost effectively.  Some of these measures, such as the rationalisation of product ranges, improved functional co-ordination and transport modal shifts, could be implemented by individual companies working independently.  The vast majority, however, would require inter-company collaboration.   Logistical service providers would also have a crucial role to play in the implementation of most of the proposed actions.

Given the enormous contribution that the chemical industry makes to the European economy in terms of output, employment, downstream linkages and international trade, the EU and national governments have a vital interest in ensuring that the distribution of chemicals remains competitive.

Copy of the report 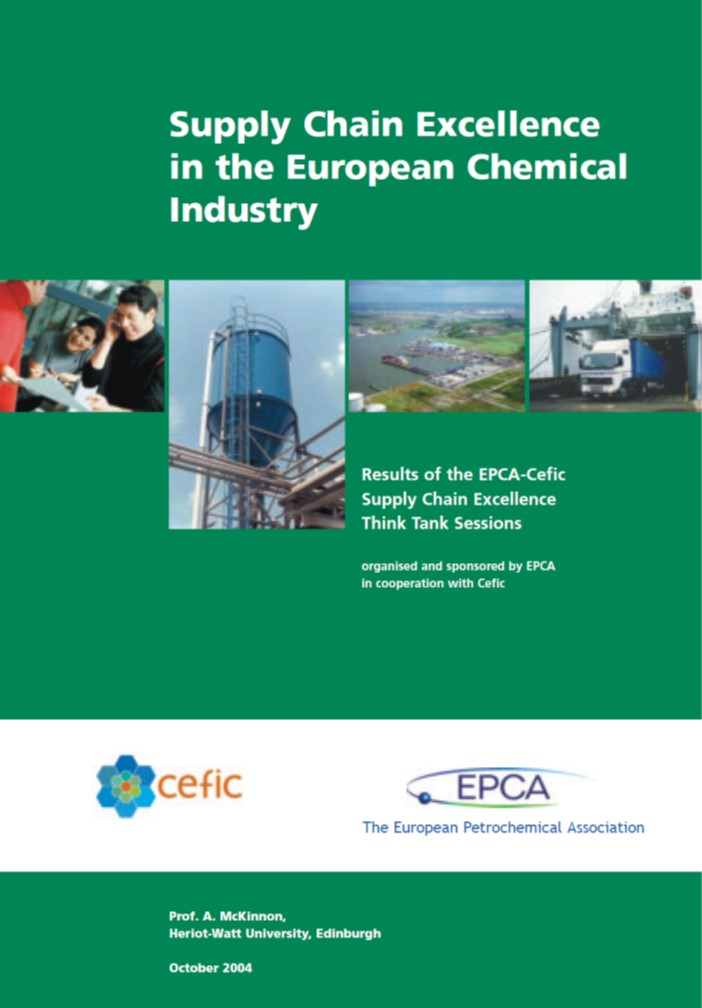